Using data from 8 retrospective studies, a pooled hazard ratio for RFS of 0.52 (95% CI, .4-.68) was obtained for patients with high PNI values compared to lower PNI values. The PNI value cutoffs used in the studies ranged from 40.7 to 51.3 and were calculated before treatment initiation.

All patients in the studies received surgical resection, but half of the studies also included treatment with imatinib after surgery, the authors noted.

“This meta-analysis is the first systematic review concerning the prognostic value of the PNI for GISTs. The pooled results demonstrate that an elevated PNI is associated with a favorable RFS in patients from China with GISTs,” the authors wrote.

Sensitivity analysis utilizing the removal of a single study at a time revealed that 1 particular study was the source of the heterogeneity, and when it was removed, the I2 value was 0%. Including it in the sensitivity analysis resulted in I2 values ranging from 38% to 47%.

Across the 8 studies, 2627 patients with GIST were included from studies with observational periods ranging from 2005 to 2021. All studies included in the analysis were conducted in medical centers in China. 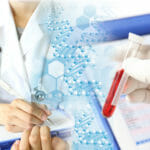