A new study by Chinese researchers identified prognostic factors that could predict survival in patients with gastrointestinal stromal tumors (GISTs).

“This study provides a reference for the clinicopathological characteristics and prognostic factors of patients with GISTs in mainland China,” the study authors wrote. “The results suggest that focusing on immunohistochemical markers in clinical practice may be more reliable for the prediction of clinical outcomes,” they added.

Read more about the prognosis of GISTs

These results are published in the Annals of Diagnostic Pathology.

The team, led by Youwei Kou from the Department of General Surgery, Shengjing Hospital of China Medical University in Shenyang, China, retrospectively analyzed data from 149 GIST patients. The patients were admitted to the hospital between July 2011 and October 2017.

They reported that the 5-year recurrence-free survival rate of the patients was 78.5%, while their 5-year overall survival rate was 83.2%.

The independent prognostic factors associated with 5-year recurrence-free and overall survival were the mitotic index, CD117, and Ki67 index.

GISTs are the most common mesenchymal tumors of the digestive tract, with an annual incidence of 10–15 cases per million people. They originate from the interstitial cells of Cajal or related stem cells. The tumors may occur anywhere in the gastrointestinal tract, including the esophagus, colon, or rectum, but mostly affect the stomach or small intestine. 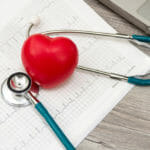