Researchers presented a report of the medical steps taken to treat a patient with a giant (almost 30 cm) locally advanced gastric gastrointestinal stromal tumor (GIST) and concluded that preoperative imatinib therapy was effective for reducing the gastric GIST for surgery, as published in the International Journal of Surgery Case Reports.

The case report details a 68-year-old man who presented with epigastric distention for 2 months. A computed tomography (CT) scan showed a 30 cm x 20 cm solid mass with blurred margins in the left upper abdomen. No distant metastases were detected.

Gastric endoscopy revealed an ulcerative lesion in the cardia and the fundus of the stomach. Gastric biopsy results were suggestive of a spindle cell tumor. Immunohistochemistry demonstrated positivity for CD34, CD117, and DOG-1.

“The CT and immunohistochemical findings led to the diagnosis of a giant locally advanced GIST,” the researchers wrote. They prescribed preoperative imatinib therapy at a dose of 400 mg/day. After 6 months, the tumor diameter was reduced by approximately 50%.

After a total of 12 months, a repeat CT scan demonstrated a 60% reduction of the tumor. “We thought that the tumor achieved maximal response to preoperative imatinib treatment. Hence a surgical operation was performed on the residual disease,” they said.

The surgeons successfully performed a laparoscopic wedge resection with the gastric wall encompassing the residual GIST. No intraoperative tumor rupture or bleeding occurred. The operative time was 150 minutes and the estimated blood loss was less than 50 ml.

Twenty-eight months following the surgery, the patient was still on imatinib mesylate treatment and remained asymptomatic, with no clinical or radiological evidence of disease recurrence.

“This case report adds to the growing consensus that preoperative imatinib therapy may facilitate R0 resection, organ preservation and increase the chance of minimally invasive approach by decreasing the tumor size,” the authors concluded. 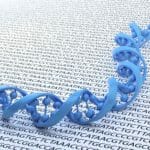 Genetic Variations Could Influence the Efficacy of Imatinib for GIST