“Our results showed that the NRS had much greater discrimination of risk strata for progression-free survival compared to the AFIP [Armed Forces Institute of Pathology] criteria for GISTs at uncommon sites,” the authors said in the study published in Histopathology.

They applied the NRS to a large cohort of esophageal (n=103), colonic (n=136), and appendiceal (n=27) GISTs. The tumor size and mitotic rate of the study cohort had previously been validated.

In contrast to other GIST risk-stratification schemes, which use arbitrary tumor size and mitotic count thresholds without specific rationale, the NRS was designed based on optimized cutoff values for tumor size (7 cm) and mitotic rate (10 per 5 mm2).

Previous studies suggested that the NRS performed better than the AFIP criteria and the American Joint Committee on Cancer 8th staging systems for predicting metastasis at diagnosis and 4-year overall survival. However, these findings were primarily based on a cohort of gastric, small intestinal, and colonic GISTs.

Several risk assessment tools have been proposed for GISTs. Among them, the AFIP criteria were adopted by the College of American Pathologists in their Protocol for the Examination of Resection Specimens From Patients With GIST. These GIST risk-stratification schemes were predominantly focused on GISTs arising in common locations, such as gastric, small intestinal, and rectal GISTs. 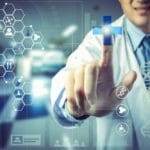