The end-style duodenojejunostomy is safe for the reconstruction of distal duodenum resection and may decrease the occurrence of complications such as delayed gastric emptying and intraperitoneal infections in patients with gastrointestinal stromal tumors (GISTs), according to a new study published in the journal BMC Surgery.

However, the “definitive advantages [of the technique] still need to be verified,” the study authors noted.

To assess which style of anastomosis is better for duodenojejunostomy after the resection of the distal duodenum, a team of researchers from China led by Hanxing Tong from the Department of General Surgery at Zhongshan Hospital, Fudan University, in Shanghai conducted a retrospective study in 34 patients who underwent distal duodenum resection.

The resection of the distal duodenum can sometimes be necessary for radical surgery to treat diseases such as GIST. It is important to restore duodenal continuity following such a procedure. 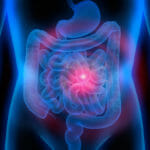