Previously, this team of researchers reported that CADM1 is expressed in most small intestinal GISTs; however, its expression is extremely low in most gastric GISTs. The researchers thus hypothesized that the difference in CADM1 expression between small intestine GISTs and gastric GISTs might influence the difference in clinical behavior between them.

“In the present study, we examined whether CADM1 affects proliferation, migration, invasion, adhesion to endothelial cells, and transendothelial migration of GIST cells,” Yuan and colleagues wrote.

To carry out their study, the research team first obtained fresh intraoperative tissue samples of a representative gastric GIST and a representative small intestinal GIST and then extracted RNA and protein from them. In addition, a human GIST cell line, GIST-T1, derived from a metastatic pleural tumor from gastric GIST donated by a Japanese woman, was purchased from Cosmo Bio.

“In summary, CADM1 in GISTs might act as a suppressor of tumor growth, migration, and matrix invasion, but stronger GIST cell‐endothelial cell interaction induced by high CADM1 expression could serve as a potential target for the treatment of small intestinal GISTs, especially for inhibiting GIST metastasis,” the researchers concluded.

Future studies can potentially investigate how CADM1 promotes GIST cell adhesion to endothelial cells and the transmigration of GIST cells across endothelial layers. 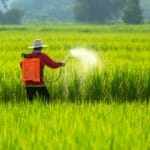