Certain agricultural exposures may lead to an increased risk of soft tissue sarcomas, including gastrointestinal stromal tumor (GIST), according to a new study published in the International Journal of Cancer.

In terms of sarcoma subtypes, an increased risk of myosarcoma and fibrosarcoma was found in those working with field-grown vegetables (hazard ratio [HR]=2.37; 95% CI, 1.16-4.85) and a potentially increased risk of GIST among vineyard workers exposed to pesticides (HR=2.24; 95% CI, 0.95-5.30) although the number of cases for both was low (n=10 and n=9, respectively).

“The main agricultural exposure studied until now in the literature on sarcoma risk were phenoxyherbicide and chlorophenol uses, although exposures in breeding were also investigated more recently in studies that found results similar to ours,” the authors said.

“Our findings underlined the necessity to explore agricultural exposures other than herbicide use, including exposures in livestock growing.”

The study included data from the AGRIculture and CANcer cohort comprised of 181,842 individuals enrolled between 2005 and 2007. After exclusions, a total of 148,036 individuals were included in the study, and of these, 188 were found to have developed sarcoma during follow-up including 39 cases of GIST. 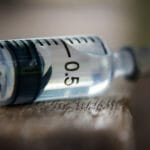