Data presented by Mirum Pharmaceuticals at the virtual 2021 International Liver Congress demonstrated the safety and tolerability of maralixibat during 5 years of treatment in patients with Alagille syndrome (ALGS).

Mirum also presented results of a multinational survey of patients with intrahepatic cholestasis of pregnancy (ICP), which showed the considerable burden of ICP and emphasized the immediate need for new treatment options.

The maralixibat data was based on 3 phase 2 clinical studies and their corresponding extension studies; together they enrolled 86 patients with ALGS.

The significant conclusions from the studies were that maralixibat was well-endured for more than 5 years. The most common TEAEs were related to gastrointestinal (GI) symptoms (diarrhea and abdominal pain). Mild to moderate GI events observed in the first weeks of the treatment were short-lived, lasting less than a week.

In the placebo-controlled studies, GI events were comparable between the maralixibat and placebo groups. There were no terminations of maralixibat due to the GI events, and no significant trends or patterns in laboratory measures were seen. Levels of alanine aminotransferase (ALT) were consistent with natural history comparisons of ALGS.

Pam Vig, PhD, chief scientific officer at Mirum, said, “this integrated safety analysis of maralixibat with more than five years of evaluation across 86 patients with ALGS continues to underscore the safety and tolerability profile of maralixibat for use in this chronic disease setting”.

The survey results provided patient perspectives on pruritus in ICP. A total of 688 patients participated in the survey and responses demonstrated that pruritus has enervating effects on patients with ICP, including a significant impact on sleep and quality of life.

Participants evaluated the intensity of their itch, sleep disturbance, and effect of prescriptions based on the numerical rating scale (NRS) of 0-10. Results indicated that the median worst itch was 9 out of 10 on the NRS, and 94% of women reported itch-related sleep disturbances. Itch also affected their mood, which led to disruption of daily activities. Women said there was limited or no solution for ICP-related pruritus even after taking more than 2 prescribed medications.

“Understanding the severity of pruritus and the impact on a woman’s quality of life whilst pregnant is of critical importance to advancing research and identifying a new treatment option for ICP,” said Jenny Chambers, chief executive officer of ICP Support, a patient advocacy group.

“We surveyed nearly 700 women globally to assess the scale of how debilitating this condition can be and to champion research that will help us better understand the effects of the condition. We hope this in turn will lead to improved outcomes for women with this uncommon and unrelenting liver disease”.

The 2021 International Liver Congress was hosted by the European Association for the Study of the Liver on June 23-26, 2021. 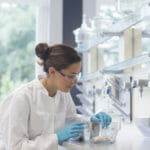