Duchenne muscular dystrophy (DMD) is caused by a loss-of-function mutation in the dystrophin gene that leads to muscle wasting and fragility. The clinical presentation of DMD tends to be progressive in nature, often resulting in patients losing their ability to ambulate during the later stages of the disease.

Before DMD therapeutics improved by leaps and bounds over the last few decades, the main strategy to manage the disease was to accept the horrific decline in muscle function and subsequently provide patients with suitable walking aids, including nursing support if needed.

Today, we understand in far greater detail the pathophysiology of the disease, which means we can begin to target various aspects of it to stop the disease from progressing.

Choosing the Most Useful Indicators

Let us narrow our focus and examine how scientists are uncovering biomarkers that can be useful in evaluating the progress of DMD pathology. Biomarkers are used in various diseases, both to diagnose a condition and to track its progress. They are, in a sense, a biological thermostat that alerts scientists to when something has gone wrong or is about to go wrong.

“It is highly desirable to have suitable rapidly responsive and accessible molecular biomarkers of DMD to help determine the best route, frequency and dose of treatment before undertaking a full clinical trial,” Grounds and colleagues wrote in Disease Models and Mechanisms.

The study team explained that molecular biomarkers in muscle, blood, and urine are “reliable and mechanistically relevant readouts of the extent of myonecrosis in DMD.” This begs the question—what kind of biomarkers do we currently have to track DMD progression?

Although many biological entities have the potential to become biomarkers of disease progression, it is important to choose the ones that are most sensitive to subtle changes. Scientists have identified RNA as an important biomarker. RNA regulates gene expression at the post-transcriptional level via the destabilization of mRNA and translation silencing.

Matsuzaka and colleagues provided further explanation on why RNAs are ideal biomarkers in the context of DMD:

Hence, it is clear that RNA serves as an incredibly valuable biomarker in monitoring DMD progression. However, it is not the only biomarker under investigation.

Another important biomarker commonly used to monitor DMD is creatinine kinase (CK). It is a classically used plasma biomarker for DMD because it is highly elevated in patients with DMD and DMD animal models; however, it can be highly variable.

“Hyper-CKemia in patients with DMD is characterized by an elevated CK level, that is, at least 10–20 (often 50–200) times the upper limit of the normal CK level,” they explained.

In discussing the role of RNA and creatinine kinase as possible biomarkers for DMD, we are merely highlighting an aspect in which clinical studies have yielded important information that already has a tremendous impact on how DMD is diagnosed, monitored, and managed in a clinical setting.

The reality is that the identification of DMD biomarkers is but one aspect of DMD research and that there are a number of angles that are being simultaneously looked at and studied. With the amount of research being conducted to improve DMD care, physicians and patients alike can be optimistic about seeing sweeping changes in the way DMD is treated in the future. 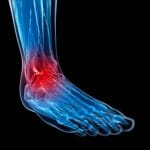 Study Recommends Assessing Pain According to Disease Stage in DMD