In utero transplantation of myoblasts and adipose-derived mesenchymal stem cells was not successful and may result in fetal death in murine models of Duchenne muscular dystrophy (DMD), researchers reported in a study recently published in the journal Regenerative Therapy.

Currently, the most widely used treatment for DMD consists of immunosuppressive therapy with corticosteroids. However, several forms of gene therapy have been recently made available and are showing promising results, but they are limited to patients with certain mutations.

Cell therapy, on the other hand, has the advantage of being applicable to all mutations. Some trials in human patients have shown delays in the decrease of muscular and cardiac function with cell therapy.

One of the main obstacles regarding cell therapy is transplant rejection by immune cells. In utero cell transplantation has the advantage that there is practically no risk of immune rejection due to the naivety of fetal immune cells. Similar procedures have already been performed to treat conditions such as severe combined immune deficiency and osteogenesis imperfecta.

No GFP-positive cells were found in any of the surviving mice, no matter the transplantation method used. 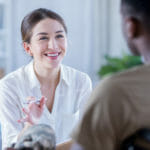