Finalization of the rolling new drug application (NDA) for an experimental Duchenne muscular dystrophy (DMD) treatment, vamorolone, has been postponed by 4 to 6 months, the treatment’s developer, Santhera Pharmaceuticals, announced.

“Finalization of the NDA submission to start the [US Food and Drug Administration (FDA)] official review is postponed by 4-6 months to Q4-2022 after a third-party contract manufacturing organization (CMO) communicated a delay in establishing FDA inspection readiness,” the company said in a news release.

The CMO communicated that it would not have formal confirmation of inspection readiness until later this year. The confirmation is a prerequisite for the FDA to consider the NDA filing complete.

On June 28, 2022, Santhera submitted the clinical module portion of its filing according to plan. The NDA was initiated in March of 2022.

Preparations for a marketing authorization application (MAA) for vamorolone for DMD to the European Medicines Agency (EMA) are proceeding as planned.

Orphan drug status was previously granted for vamorolone by the FDA and EMA. Fast Track and Rare Pediatric Disease designations were also granted by the FDA. The Medicines and Healthcare product Regulatory Agency (MHRA) in the UK also granted Promising Innovative Medicine (PIM) status for DMD.

Vamorolone is an experimental therapy that targets the same binding sites as corticosteroids but has modified downstream activity. It is considered a dissociative anti-inflammatory drug because it is designed to “dissociate” therapeutic efficacy from safety concerns typically associated with steroids.

The primary endpoint of improved Time to Stand velocity compared to placebo was achieved in the pivotal VISION-DMD trial at 24 weeks of treatment. The most common adverse events reported during the trial were cushingoid features, vomiting, and vitamin D deficiency. 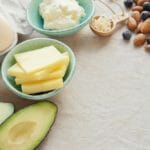