The median estimated age of death in patients with Duchenne muscular dystrophy (DMD) is just under 24 years, with elevated mortality rates in non-Hispanic Black patients compared to non-Hispanic White patients, according to a study recently published in Neuromuscular Disorders.

Since 2004, the study has analyzed and longitudinally followed 526 male patients born between 1982 and 1999 with a diagnosis of DMD in the United States, to estimate the median age of death using the Muscular Dystrophy Surveillance, Tracking, and Research Network (MD STARnet) methodology.

Another factor in the mortality difference between the groups may be unmeasured clinical and social determinants of health. 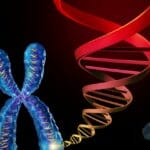