Data from a phase 3 clinical trial suggest that the investigational therapy givinostat might slow disease progression in patients with Duchenne muscular dystrophy (DMD), according to a recent press release from Italfarmaco Group.

Givinostat is a histone deacetylase (HDAC) inhibitor developed by Italfarmaco Group for the treatment of DMD. Several studies suggest that increased HDAC activity might play an important role in the decreased muscle regeneration and increased inflammation observed in patients with DMD.

The effectiveness and safety of the drug are currently being investigated in a phase 3 randomized, double-blind, placebo-controlled, multicenter clinical trial involving over 170 children with a confirmed diagnosis of DMD. The enrolled patients had a mean age of 9 years. All patients participating in the trial had received concomitant stable steroid therapy for at least 6 months before the beginning of the trial.

The patients were randomized in a 2:1 ratio, with one group receiving an oral suspension of givinostat for 18 months and the other receiving placebo.

The study’s primary endpoint was change in the time to climb 4 stairs compared to baseline. Secondary endpoints included fat infiltration in the vastus lateralis muscle, muscle strength analyses, and time to rise, among other functional tests.

The results showed that the group receiving givinostat exhibited a slower decline in the capacity to climb 4 stairs. The difference compared to placebo was 1.78 seconds (P =.0345). Results of other functional tests were consistent with those of the primary endpoint.

The researchers reported decreased fat infiltration in the givinostat group, approximately 30% less than that in the placebo group. Decreased fibrosis and tissue necrosis were also noted.

“We intend to meet with regulatory agencies to share these findings and discuss a path forward to submit the complete dataset in a marketing application for potential approval,” Paolo Bettica, MD, PhD, chief medical officer at Italfarmaco Group, said. 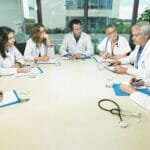