A new study published in the Egyptian Heart Journal reported that left ventricular (LV) global longitudinal strain (GLS) could be used to detect subtle LV systolic dysfunction in patients with Duchenne muscular dystrophy (DMD) and in female carriers before the onset of cardiac symptoms and before the decline in LV ejection fraction (EF).

Earlier identification of cardiac manifestations, the second leading cause of morbidity and mortality after pulmonary problems, may allow patients to start anti-heart failure medications sooner and thereby reverse remodeling and improve overall prognosis.

This observational, cross-sectional, case-control, single-center study used 12-lead electrocardiography and GLS-augmented echocardiography to assess subtle cardiac changes in 28 males diagnosed with DMD and 25 female carriers. Results were compared with results from a gender-matched, healthy control group of males and females. GLS was measured for all participants using digital loops acquired from apical 2-, 3- and 4-chamber views.

Female carriers had smaller LVEDD, LA diameter, and worse GLS in comparison with healthy females. No other differences were noted for carrier and healthy female participants.

Lower GLS in patients with DMD and female carriers was useful in identifying subclinical myocardial affection. Many studies have reported that the application of myocardial strain imaging in DMD patients is characterized by decreased peak systolic strain, even when standard echocardiographic findings were found to be normal.

The study authors noted that “GLS is a simple potential tool that could be used in the periodic follow-up of patients and carriers with a lower cost in comparison with cardiac magnetic resonance to detect subtle LV systolic dysfunction.”

Expanding these findings beyond a single-center study and including a larger number of patients would lend greater credence to the reported observations. 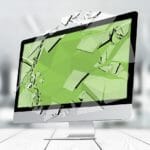 Repository for DMD and BMD Introduced at NORD Breakthrough Summit