A preventative treatment consisting of  rituximab, cyclophosphamide, doxorubicin, vincristine and prednisone (R-CHOP) treatment without prednisone combined with antacids and anti-Helicobacter pylori therapy can decrease the risk of hemorrhage and perforation in patients with localized primary gastric diffuse large B-cell lymphoma (DLBCL) during immunochemotherapy, according to a new study published in the journal Cancer Medicine.

This kind of treatment can also lead to better event-free and overall survival. However, these advantages are only seen in patients in the early stages of the disease. Patients with localized primary DLBCL commonly experience stomach hemorrhage and perforation while being treated with immunochemotherapy.

Read more about the diagnosis of DLBCL

To explore a potential way to prevent these very serious complications, a team of researchers from China conducted a retrospective study on 198 patients diagnosed with localized primary DLBCL.

The results showed that none of the patients with stages 1 and 2 of the disease who received preventative treatment had hemorrhage and perforation, while 12.8% of those who received the standard R-CHOP treatment did.

However, the researchers found no differences in terms of 5-year event-free or overall survival between the 2 treatment groups in patients whose disease was disseminated. 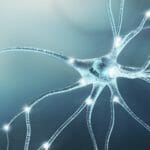