Concomitant idiopathic pulmonary fibrosis (IPF) may be a predictor of poor survival in patients with lung cancer, according to a study published in PLOS One.

Studies have shown that lung cancer carries a high mortality rate, despite medical advancements in diagnostic and therapeutic strategies. Previous studies have suggested that IPF is a risk factor for lung cancer and that it also negatively impacts the clinical outcomes of patients with lung cancer.

Some scientists regard IPF as a “tumor-like disease” and it does not come as a surprise that the 2 diseases have been linked. However, Wang et al noted that a meta-analysis of the medical literature on IPF and lung cancer has not been performed yet. Thus, they decided to conduct one to study the impact of concomitant IPF on patients with lung cancer.

Among the inclusion criteria, all the patients evaluated must have been diagnosed with lung cancer. The outcomes reported must have included overall survival rates and hazard ratios, with corresponding statistical analyses.

The research team initially found 60 potentially eligible studies and reduced that number to 12 after conducting a quality analysis. These 12 studies included 58,424 patients with lung cancer.

By analyzing the data from these clinical studies, a clear pattern emerged: concomitant IPF was correlated with a poorer prognosis for patients with lung cancer. The results were robust even after sensitivity analysis was performed.

“Previous studies suggested that IPF and cancer are similar and multiple pathological processes were involved, for instance, genetic or epigenetic alterations and abnormal cell phenotypes like proliferation and apoptosis exist in both IPF and cancer,” the researchers concluded. 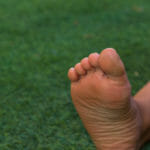 Study Yields Insights on Children With Inborn Errors of Metabolism