Researchers concluded that the levels of the carbohydrate antigen 19-9 (CA19-9) had a better prognostic performance in patients with intrahepatic cholangiocarcinoma when measured postoperatively, as published in Frontiers in Oncology.

“Measurement of postoperative CA19-9 level may inform an individualized and risk-adjusted surveillance strategy,” the authors said.

Of those patients with increased preoperative CA19-9, 105 had levels returning to a normal range after hepatectomy, while 254 showed persistently elevated postoperative CA19-9.

The levels of CA19-9 were measured once a month for the first 3 months after surgery, then at every 3 to 6 months for 2 years, and at 6-month intervals thereafter. 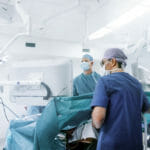