The systemic inflammation response index (SIRI) is an independent prognostic factor for cholangiocarcinoma, according to a new study published in Cancer Management and Research.

This is an important finding because according to the authors of the study, a prognostic model based on SIRI could help clinicians stratify patients according to risk and ensure they receive personalized treatment.

Cholangiocarcinoma is the second most common type of malignant tumor affecting the liver. Because it does not cause any symptoms in its early stages, the disease is usually advanced by the time it is diagnosed, leading to a poor prognosis. A precise outcome prediction could improve prognosis in cholangiocarcinoma.

To determine the prognostic value of SIRI in patients with cholangiocarcinoma after surgery, a team of researchers led by Shunda Du, MD, from the Peking Union Medical College Hospital in China constructed a survival prediction model based on the index.

They recruited 328 patients with cholangiocarcinoma and divided them into 2 groups: the training group and the validation group. They established a nomogram involving SIRI and other clinicopathological factors based on the training cohort. The independent factors were SIRI, platelet-to-lymphocyte ratio, jaundice, γ-glutamyl transpeptidase enzyme levels, maximal tumor size, N stage, M stage, and radical surgery.

Among these factors, SIRI had the highest area under the curve (AUC). The C-index values for overall survival were 0.737 in the training cohort and 0.738 in the validation cohort. These were significantly better than those for the TNM staging system, which is currently the most widely used standard for cancer staging.

The researchers concluded, “This prognostic model integrating SIRI and other clinicopathological factors showed good predictive accuracy in predicting patients’ survival probability and was better than the TNM staging system.” 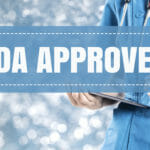