Tumor multifocality, extension, grade, lymph node involvement, and age (MEGNA), a prognostic scoring system, may not be enough to assess overall survival and disease-free survival in patients with cholangiocarcinoma (CCA), according to a retrospective study.

The results were recently published in the Journal of Surgical Oncology.

Previous reports in the literature found a better performance of this score compared to older methods such as AJCC.

The study included 800 patients previously diagnosed with CCA who underwent liver resection to analyze potential predictors of survival. Their mean age was 58 years. Males comprised 58.4% of the cohort. The overall survival at 5 years was 40.5%, while the disease-free survival was considerably low at 27.9%.

The researchers calculated the MEGNA, TBS, and AJCC scores and found similar results in their prognostic ability, suggesting no added benefit of using either of them.

The discrepancy between these results could be due to differing geographical, incidence, risk factors, disease stage, and genomic characteristics between the samples of previous and this publication. Designing systems with better accuracy to assess outcomes in patients with CCA remains a present need. 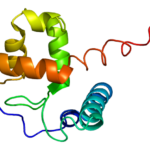