Researchers discovered that the recurrence of intrahepatic cholangiocarcinoma (iCCA) in the liver carries a more favorable prognosis compared to recurrence in other sites, according to a study published in the Journal of Personalized Medicine.

iCCA is the second most common primary liver malignancy. It generally carries a poor prognosis due to its advanced stage upon presentation. In addition, iCCA carries a high recurrence rate postsurgery. There is still no consensus on the best way to treat recurrence.

The research team wanted to investigate possible predictive factors for recurrence and to explore the value of repeat hepatectomy or/with metastasectomy should a recurrence be found. To conduct their study, they enrolled 216 patients who underwent R0 resection at their first hepatic resection for the disease. The researchers then followed up on the participants to see if recurrence occurred, and if it did, what treatment was offered.

In addition, the researchers discovered that patients who experienced recurrence and were suitable candidates for repeat hepatectomy had superior postrecurrence overall survival than other patients who received nonoperative treatment.

The research team concluded the following: first, the liver is the most common site for iCCA recurrence; and second, intrahepatic recurrence has a favorable prognosis compared to recurrence at other locations. In this study, they also observed that aggressive hepatectomy provided a survival benefit in some patients. 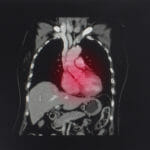