The CalliSphere bead, a recently developed type of drug-eluting bead, has been shown to be safe and prolong survival when given with transarterial chemoembolization (TACE) in patients with unresectable intrahepatic cholangiocarcinoma (iCCA), according to a study published in CardioVascular and Interventional Radiology.

iCCA is usually found late in its course and, therefore, becomes an unresectable tumor. TACE is the treatment of choice for these patients, which aims to improve patient survival.

Hepatectomy is the preferred treatment for CCA when possible. Still, this cancer spreads rapidly, and when found, metastasis has often already occurred or the tumor is unresectable.

Long-term survival for patients with iCCA is uncommon; the range of median overall survival is between 4 and 12 months. TACE is typically a palliative treatment for patients with unresectable CCA, with lipiodol as the standard drug carrier. However, due to some intrinsic characteristics of lipiodol like its inadequate sustained-release effect, other carriers deserve an attempt to overcome these issues.

Moreover, the authors also found independent factors related to a good prognosis with TACE therapy. These included a combination treatment with adjuvant sorafenib and a cancer antigen 125 level of less than 35 U/mL.

Overall, adverse events were common. Aminotransferase elevation occurred in almost 85% of patients. Similarly, nearly half of the patients presented with hyperbilirubinemia, whereas abdominal pain and fever were present in roughly one-third of them. The most severe adverse event was a hepatic abscess, which only occurred in 1 patient and resolved quickly after percutaneous drainage.

“DEB-TACE with [CalliSphere beads] is a safe and well-tolerated therapy in patients with unresectable [iCCA] with a low incidence of adverse events and relatively prolonged survival,” the authors concluded. 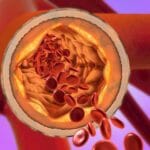