Molecular profiling of cholangiocarcinoma (CCA) identified variations in the AT-rich interaction domain 1A (ARID1A) gene at a frequency of 5% to 68.2% and supported the potential prognostic value of ARID1A variants in CCA.

The overall variation rate was higher in intrahepatic cholangiocarcinoma (iCCA; 6.9% to 68.2%) than in extrahepatic malignancies (eCCA; 5% to 55%) according to a comprehensive review that summarized the conclusions of 29 studies investigating the association between ARID1A variations and CCA.

The study authors believe that “future diagnoses and treatments targeting ARID1A hint towards a precision medicine strategy in the management of CCA.”

Mutations in genes encoding subunits of the SWItch/Sucrose Non-Fermenting (SWI/SNF) chromatin-remodeling complex have been detected with high prevalence in multiple cancers and may contribute to tumor heterogeneity and prognosis. ARID1A is the most frequently mutated SWI/SNF gene, with several studies showing loss-of-function mutations and reduced expression. In CCA, genetic alterations in ARID1A included nonsense, missense, frameshift, and splice-site mutations.

Out of the 29 studies included in this review, only one reported ARID1A overexpression in iCCA and advocated a cancer-promoting role for ARID1A variants. Though discrepant from the other studies, the authors still found prognostic significance in ARID1A overexpression, which promoted tumorigenesis by inducing oxidative damage, and was associated with disease recurrence and risk of death.

Experimental and technical constraints might explain the inconsistency in the findings. Further investigation is needed to confirm the prognostic significance of ARID1A in CCA, despite the promising observations. 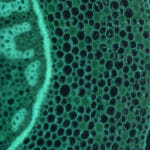