Positive expiratory pressure (PEP) devices more effectively clear mucus from the lungs of patients with cystic fibrosis (CF) compared to physical exercise, other respiratory techniques, or no intervention, according to results of a new study published in Therapeutic Advances in Respiratory Diseases.

“PEP devices generate a pressure contrary to that produced by the airways during expiration (expiratory flow resistance), improving mucociliary clearance due to the formation of gas accumulated behind mucus through collateral ventilation, increasing airway diameter, and due to the temporary increase in functional residual capacity,” the researchers said.

They conducted a systematic review and meta-analysis of 4 databases in July 2021, identifying 10 randomized controlled trials meeting inclusion criteria. They eliminated studies with low methodological quality and a high risk of bias that had PEDro scores lower than 5. The meta-analysis incorporated data from 6 of the 10 clinical trials due to clinical heterogeneity.

PEP interventions stimulated more coughs and increased quantity of expectorated sputum compared to physical exercise, other respiratory care techniques, or no interventions. PEP therapies demonstrated improved LCI scores compared with exercise; however, the evidence failed to support PEP over other interventions in improving FEV1, a survival benchmark for patients with CF.

Seven of the 10 studies reported adverse events, confirming the absence of serious adverse events during or after PEP treatment which indicated that patients with CF tolerated PEP interventions well. Many patients preferred PEP treatment to other interventions such as nebulizers or exercise which induced adverse responses when performed without PEP. 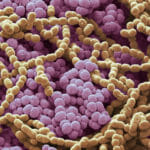