A new study found that bronchoscopy is safe and helps to guide decision making regarding treatment in patients with cystic fibrosis (CF).

The study was published in Pediatric Pulmonology.

“Concerns exist regarding the safety and degree of usefulness of bronchoscopies in guiding management and improving long-term outcomes. For these and other concerns, some CF centers avoid performing bronchoscopy altogether,” the authors wrote. “The current study aimed to determine whether bronchoscopy-guided bronchoalveolar lavage [BAL] was associated with changes in the clinical management of people with CF and assess complication rates.”

The research team retrospectively reviewed the charts of 428 patients with CF at 3 centers in Israel between 2008 and 2019. Eighty-nine of these patients had bronchoscopy. The primary outcome measure was changes in clinical management after the procedure, such as a change in medication regimen, hospitalization, or resolution of the indication for bronchoscopy.

The impact of bronchoscopy on lung function was also assessed via measurement of the percent predicted forced expiratory volume in one second before and after the procedure, in addition to the mean values 1 year prior and 1 year after bronchoscopy.

The results showed that almost one-half of the bronchoscopies were associated with changes in clinical management. The bronchoalveolar lavage fluid sampled identified specific pathogens that were missed by routine sputum cultures, such as Aspergillus species and rare pulmonary pathogens.

Despite being an invasive procedure, it was was found to be safe, not to affect pulmonary function, and it led to no significant adverse events. The authors hope these data provide reassurance to clinicians regarding the value and implementation of bronchoscopy as a diagnostic tool for patients with CF. 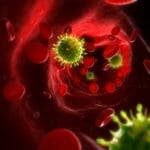