Treatment with sutimlimab led to clinically important changes in the physical and mental components of health-related quality of life in patients with cold agglutinin disease (CAD), according to an abstract presented at the 63rd American Society for Hematology Annual Meeting & Exposition.

The results of sutimlimab, formally known as BIVV009, come from analyses of the phase 3 CARDINAL (NCT03347396) and CADENZA (NCT03347422) clinical trials. The analyses pooled the physical (PCS) and mental (MCS) component summary scores on the 12-Item Short Form Health Survey version 2 from both clinical trials to estimate the clinically important changes (CICs) after treatment with sutimlimab.

Moderate correlations between CICs and patient-reported outcome measures including Patient Global Impression of Severity (PGIS) for fatigue and Patient Global Impression of Change were also observed using anchor-based analyses with values ranging from 0.42 to 0.55. The CICs correlation with hemoglobin values was also calculated using anchor-based approaches and found to be 0.36 for PCS and 0.39 for MCS.

“This analysis also demonstrated that meaningful physical and mental health benefits (including a reduction in fatigue) were associated with improvements in hemoglobin levels, a main clinical outcome measure of CAD,” the authors said.

Observed mean changes from baseline in PCS and MCS were 4.1 (SD, 7.1) and 3.1 (SD, 11.6), respectively. The distribution-based analysis found PCS changes of 3.5 and 3.9 as well as MCS changes of 4.1 and 4.6 depending on whether estimates were based on the standard error of the measurements or half of the SD of baseline values.

A total of 55 patients were included in this study with 17 coming from CARDINAL and 38 from CADENZA. Patients’ ages ranged from 46 to 88 years with a median of 70 years. A total of 42 patients (76%) were female. 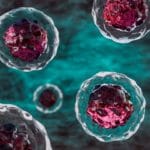