The use of sutimlimab in the treatment of patients with cold agglutinin disease (CAD) resulted in continued rapid and sustained improvements in hemoglobin (Hb) level, hemolytic markers, and quality of life during Part B of the phase 3 Cadenza study, according to a poster abstract published in Blood.

The randomized, double-blind, placebo-controlled study reported on the long-term safety and efficacy of sutimlimab treatment in 42 eligible patients with CAD. In Part A, 2 patient groups were given regular intravenous infusions of either sutimlimab or a placebo for 26 weeks. In Part B, 39 patients received sutimlimab for at least 1 year. The study was completed by 32 patients, as some of them discontinued the use of the medication prematurely.

The mean Hb level at the end of Part A was significantly improved, at 11.51 g/dL for the group receiving sutimlimab treatment compared to 9.43 g/dL for those receiving placebo. After Part B, improvements in Hb levels were sustained in the sutimlimab group, while the placebo group saw rapid and comparable increases in Hb levels upon the initiation of sutimlimab.

The levels of bilirubin and haptoglobin, mean absolute reticulocyte count, and FACIT-Fatigue scores were also improved, correlating with the normalization of C4 and near-complete inhibition of complement pathway activity. By the end of Part B, 9 patients had received at least 1 transfusion.

“No meningococcal infections, serious events of hypersensitivity, anaphylaxis, or systemic lupus erythematosus were reported. One patient with a history of tobacco use (received placebo in Part A) experienced a TESAE of squamous cell carcinoma of the lung with a fatal outcome. Sutimlimab was withdrawn due to this TESAE prior to the patient’s death,” Roeth and colleagues wrote.

CAD is a rare form of chronic autoimmune hemolytic anemia marked by classical complement pathway-mediated hemolysis, hence it can be treated by selectively inhibiting C1s with humanized monoclonal antibodies such as sutimlimab. 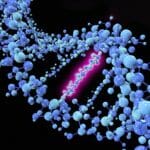