Autoimmune cytopenias (AICs), such as cold agglutinin disease (CAD), might be an initial sign of inborn errors of immunity (IEI) in pediatric patients, according to results of a new study published in Frontiers in Immunology.

The authors found that extended immunophenotyping and subsequent principal component analysis (PCA) could potentially be used as an initial screening tool, along with clinical signs and family history, to identify patients for further genetic analyses to detect IEI.

Patients in the study who had a strong suspicion of IEI and received a molecular diagnosis had T lymphocyte subsets that were skewed towards more memory and effector compartments.

“We observed a significant predominance of the mature/memory T cell compartment, counterbalanced by a reduction of T naïve and [recent thymic emigrants] subsets. Moreover, a reduced Treg frequency was detected in the [AIC with a strong suspicion of IEI] group,” the authors said.

“These findings suggest the presence of an underlying immune dysregulation that skews the T cell-mediated response towards an activated status. In a clinical context, this corresponds to autoimmune features with or without lymphoproliferation, which are typically associated with [primary immune regulatory disorders].”

Using PCA, the authors found that patients in the group with AIC with a strong suspicion of IEI clustered in an area of the component space skewed towards a memory T cell compartment which may make it a useful tool for initial screening of immune dysregulation.

PCA analysis of patients with AIC with a strong suspicion of IEI showed a shift towards an equilibrium of naïve and memory T cell populations after treatment with immunomodulatory agents. Treatment did not significantly affect the PCA position of patients with AIC alone, however.

“This study highlights that performing immunophenotyping before and after immunomodulatory therapy may also act as a monitor for treatment response,” the authors added.

A total of 30 pediatric, adolescent, and young adult patients (median age, 8.5 years; range, 1-24 years) with AIC were included in the study. The participants presented with either chronic immune thrombocytopenia and/or autoimmune hemolytic anemia and/or autoimmune neutropenia and were predominantly male (70%). Of the patients, 21 were categorized as having an AIC with a strong suspicion of IEI compared to 9 with AIC alone. 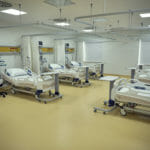