Researchers highlighted the key role of the NOTCH pathway in Alagille syndrome (ALGS) and other genetic and cancerous diseases and published their results in Signal Transduction and Targeted Therapy.

The review conducted by Zhou and colleagues included 674 publications and examined the well-known and updated associations between the NOTCH gene and 17 noncancerous diseases, as well as 14 different cancers.

ALGS is a genetic disease with an autosomal dominant hereditary pattern. In 1997, the NOTCH receptor was found to play a role in the pathogenesis of ALGS since the most common mutation that causes this disease affects the JAG1 gene, which encodes a ligand of this receptor. This causes 90% of ALGS cases, while 5% are due to a mutation in NOTCH2.

Although ALGS affects many organs, liver damage is the most frequent finding in these patients. The most common symptoms are jaundice and itching due to cholestasis, which occurs because of an overall decrease in interlobular bile ducts. The disease can also target the heart, blood vessels, and bones. The latter may manifest as maxillofacial dysplasia.

“These findings are consistent with the roles of JAG1 and NOTCH2 in bile duct development and morphological maintenance mentioned above,” the authors said. “It remains a mystery how changes in different NOTCH receptors and ligands affect the occurrence and development of [ALGS].”

Previous experimental studies found that homozygous mutations in JAG1 led to embryonic mortality in mice; however, a subsequent study successfully produced mice with lower embryonic lethality that were homozygous carriers of a missense mutation (H268Q) in this gene. These mice still showcased classic ALGS features, including absent bile ducts and impaired heart, eyes, and vasculature.

Furthermore, the SOX9 gene also seems to be involved in the severity spectrum of ALGS since its overexpression often correlates with higher liver damage in mice. “One explanation is that overexpressed SOX9 can be recruited to the NOTCH2 promoter to upregulate the expression of NOTCH2 in the liver, thereby compensating for the decreased expression of the JAG1 ligand303,” the authors explained.

Given the wide range of signaling pathways that include NOTCH, the study calls for further research to understand this regulator better and develop therapeutic strategies. 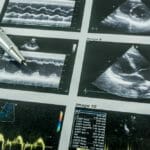