The ultimate aims of the review were to “deepen the understanding of the mechanisms of biliary repair” and provide “potential novel therapeutic methods for treating biliary diseases.,” the authors said.

Focusing on inherited cholangiopathies such as ALGS, the authors say that understanding how biliary repair is regulated during these diseases is very important since knowledge about their pathogenesis is elusive and effective treatments are scarce. Such an understanding can allow a better understanding of the diseases themselves and the development of potential new therapies for them.

Read more about the pathophysiology of ALGS

For example, it is known that liver progenitor cell differentiation plays a major role in ALGS and is mainly regulated by Notch signaling. Hepatocyte-cholangiocyte transdifferentiation is also involved in the development of the disease.

“Many kinds of animal mutation models have been developed to exploit the role of the biliary system,” the authors wrote. “However, few studies have focused on the crosstalk of immune cells and surrounding cells in the development of ALGS.” 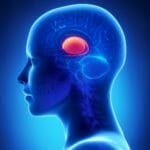