Mirum Pharmaceuticals announced the European Commission’s marketing authorization for maralixibat (Livmarli®) oral solution for patients aged 2 months and older with Alagille syndrome (ALGS). The medication treats cholestatic pruritus and is the only therapy for ALGS approved in both the European Union and the United States.

“The data collected in the clinical studies demonstrate significant potential for Livmarli to reduce serum bile acids and pruritus, which could significantly improve the quality of life for patients and their families.”

The European Commission approved the treatment based on 6 years of data from the maralixibat program, specifically from the ICONIC study, which demonstrated significant and meaningful reductions in pruritus in patients taking the medication vs placebo.

ALGS is a rare hereditary disorder characterized by abnormally narrow and malformed bile ducts, resulting in bile accumulation in the liver and progressive liver disease. The disease occurs in 1 in 30,000 people and can affect multiple organ systems in addition to the liver, including the heart, kidneys, and central nervous system.

Pruritus, jaundice, and xanthomas are common symptoms arising from liver damage in patients with ALGS. Maralixibat was also shown to significantly and durably reduce bile acids, xanthoma severity, and cholesterol levels, and the data also showed improvements in event-free survival compared to that in a natural history cohort. 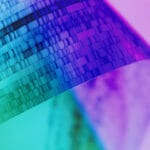 Anomalous Origin of the Pulmonary Arteries in ALGS Underestimated