Vertex Pharmaceuticals will launch a first-in-human clinical trial of VX-634, a small molecule alpha-1 antitrypsin (AAT) corrector for patients with AAT deficiency (AATD), as well as a phase 2 study of VX-864, a first-generation AAT corrector.

The trials, announced by news release, represent an advance in the company’s research program targeting AATD.

“By simultaneously advancing new, more potent molecules into the clinic and assessing the impact of longer-duration treatment, we expect to have both the assets and the data necessary to progress our AAT corrector program in 2023,” wrote David Altshuler, MD, PhD, Vertex’s executive vice president, global research, and chief scientific officer.

The US Food and Drug Administration has approved the Investigational New Drug application for VX-634, a molecule considered to have improved potency and properties compared with previous ATT correctors.

VX-634 promotes correct folding of the Z-AAT protein, which is dysfunctional in AATD due to a mutation in the SERPINA1 gene that encodes the protein. The dysfunction leads to liver and lung disease in patients with AATD, and the new trial will assess multiple ascending doses of VX-634 in healthy individuals to determine its safety, tolerability, and pharmacokinetics.

The new phase 2 study on VX-864 builds on the success of the original 28-day phase 2 trial, which demonstrated that VX-864 treatment reduced Z-polymer levels by approximately 90% from baseline to day 28 in the plasma of patients with AATD.

The original trial also found VX-864 to be well tolerated and effective at increasing AAT in plasma; however, the treatment effect at 28 days was not strong enough for further development. The new 48-week trial is intended to assess whether longer-term treatment with the drug will result in greater increases in plasma AAT levels. In this study, 20 participants with AATD will receive 500 mg of VX-864 every 12 hours, with the primary endpoint of mean change from baseline in plasma levels of functional AAT. 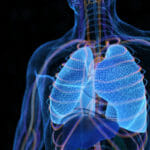