The biochemical efficacy of Glassia®, the first liquid alpha1-proteinase inhibitor (A1PI) augmentation therapy approved by the US Food and Drug Administration (FDA), is comparable to that of Prolastin®, another augmentation therapy, in patients with alpha-1 antitrypsin deficiency (AATD), according to results from a phase 2/3 clinical trial.

This is based on antigenic and functional A1PI levels in the plasma, the biochemical surrogate endpoints of which should be maintained above 11 μM to reach efficacy.

The trial, which took place in Colorado, Florida, and Texas, was a randomized, double-blind, two-arm study with partial crossover of Glassia and Prolastin in 50 patients with AATD, aged 18 years and above. Of these, 33 received Glassia and 17 received Prolastin.

In the present study, which was published in Pulmonary Pharmacology & Therapeutics, researchers led by Leman Yel, MD, from Takeda Development Center Americas, Inc. in Cambridge, Massachusetts analyzed data from patients in the per-protocol population, which included 29 receiving Glassia and 12 receiving Prolastin. Takeda Pharmaceuticals is the manufacturer of Glassia.

Read more about augmentation therapy and other treatments for AATD

“In conclusion, the biochemical efficacy of Glassia using the endpoints of plasma antigenic and functional A1PI trough concentrations at steady state was comparable with Prolastin in patients with AATD,” the researchers wrote.

AATD is a rare genetic disease that is characterized by low levels of systemic concentrations of antigenic A1PI. This increases a patient’s risk of developing chronic obstructive pulmonary disease and cirrhosis. A1PI augmentation therapy is the only treatment targeting the underlying cause of the disease. 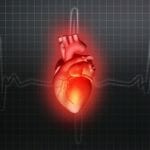