Pregnancy for patients with severe alpha-1 antitrypsin deficiency (AATD) should be considered on a case-by-case basis, a case report published in Archivos de Bronconeumonología suggests.

Patients with AATD typically have high-risk pregnancies due to several possible complications. Although scarce studies describing pregnancy outcomes in patients with AATD exist, previous literature has suggested that due to the high risk, induced abortion was a frequent recommendation for patients who found themselves pregnant.

Severe AATD is due to the Pi*ZZ genotype almost 100% of the time, the authors said. This type of AATD usually comes with significant complications such as liver cirrhosis and chronic obstructive pulmonary disease, among others. Therefore, patients with AATD with severe deficiencies may suffer from substantial physiological respiratory and liver function impairments.

The authors described a 40-year-old female patient with a history of smoking. The patient was diagnosed with AATD (Pi*ZZ genotype) at 32 years of age, and although chest computed tomography showed bilateral emphysema, there was no liver involvement.

At the time of AATD diagnosis, lung function was severely impaired. Tests showed severe lung obstruction, hypoxemia, and restricted exercise tolerance. Consequently, at the age of 33 years, the patient received intravenous infusions of alpha-1 antitrypsin and rehabilitation therapy. Despite these measures, the patient continued to deteriorate, and lung transplantation was considered.

Seven years later, at the age of 40 years, the patient reported a 10-week pregnancy and chose to continue the pregnancy despite being informed of the lack of evidence on AATD pregnancy management.

The patient underwent strict in-hospital monitoring at week 31 of pregnancy. Her regular intravenous infusions took place throughout the entire pregnancy. At the age of 37 weeks and 1 day, she underwent a cesarean delivery without complications, and the child had a slightly low birth weight (2400 grams) but a perfect Apgar score of 10/10.

“She was discharged 3 days after delivery, and received a bilateral lung transplant in June 2021. She is currently stable, with no dyspnea and significantly improved lung function,” the authors said.

Since the 80s, a few cases of successful pregnancies and deliveries in patients with AATD, including this one, have been published. Consequently, the authors suggest that the decision to continue a pregnancy in a patient with severe AATD should consider both the patient’s wishes and the physician’s recommendation. 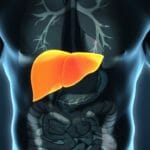