The normal version of alpha-1 antitrypsin (AAT) known as M-AAT can be restored in the liver of transgenic mice using RNA editing of the SERPINA1 gene, according to in vivo data shared during a research webcast by Wave Life Sciences. SERPINA1 is the gene coding for AAT protein that is mutated in alpha-1 antitrypsin deficiency (AATD).

The concentration of human AAT protein in the serum of the animals remains at least 3 times higher for a month following SERPINA1 RNA editing, the company said. This information was presented regarding its adenosine deaminases acting on RNA (ADAR) enzyme-mediated RNA editing capability.

“With our AATD program, we have shown an ability in preclinical experiments to drive alpha-1 antitrypsin protein significantly above levels that are potentially therapeutically meaningful and increase the overall percentage of secreted wild-type M-AAT protein,” said Chandra Vargeese, PhD, the chief technology officer of Wave in a press release.

The company also demonstrated that editing activity and protein restoration could be enhanced using its chemistry optimization program called PRISM. The stereopure oligonucleotides called “AIMers” could edit around half of the SERPINA1 mRNA in vivo and lead to a 4-fold increase in AAT protein restoration in the serum, the company said. Around 85% of this AAT protein was M-AAT.

The company’s ADAR editing is highly specific and leads to nominal off-target edits or bystander edits in the SERPINA1 RNA. Preclinical studies are underway to assess the durability, dose response, pharmacokinetics, and pharmacodynamics of the approach. The company expects to have an AATD development candidate in 2022, according to the press release.

The AATD program aims to correct the single base mutation in the SERPINA1 mRNA that causes AATD. Since it increases the levels of functional protein as well as reduces the aggregation of mutant protein in the liver, the approach addresses both the lung and liver complications associated with the disease.

The company’s RNA editing capability acts on the ADAR enzymes to achieve RNA editing without the need for lipid nanoparticles or viral vectors, or without altering the genome.

A replay of the webcast is available on the company’s website. 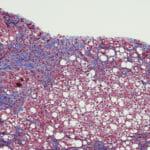