Researchers developed a new diagnostic system that can genotype patients suspected of having alpha-1 antitrypsin deficiency (AATD) at the same time in different countries, as published in Respiratory Research. “The system has proved satisfactory and can improve the timely diagnosis of AATD,” the authors said.

It is difficult to diagnose AATD. Therefore, new diagnostic strategies are urgently needed.

Here, a team of researchers led by Marc Miravitlles, MD, conducted a genotyping test using dried blood spots and buccal swabs. The samples were sent to a central laboratory in Spain by post or courier from Argentina, Brazil, Chile, Colombia, Spain, and Turkey for patients suspected of having AATD. This way, 30,827 samples were collected.

The researchers then conducted allele-specific genotyping for 14 mutations causing AATD most commonly using the Progenika A1AT Genotyping Test. Then, if the sample did not harbor any of the 14 mutations or 1 variant was present in heterozygous status and the serum levels of alpha-1 antitrypsin protein were below  60 mg/dL, or if the clinician in charge requested, researchers also sequenced the SERPINA1 gene.

Read more about the diagnosis of AATD

Of the 30,827 samples collected, almost all (94.7%) yielded final results after direct genotyping. Only 1.1% of the samples had to be sequenced and only 0.3% of them were too poor quality to be processed.

The genotyping also identified 70 cases with new mutations. In 2.5% of the samples, family screening was conducted. The researchers also reported that “samples from patients with respiratory diseases other than [chronic obstructive pulmonary disease], including poorly controlled asthma or bronchiectasis, also presented AATD mutations.”

“Our results confirm in different countries our previous findings in Spain about the good performance of the Progenika system for genotyping AATD,” they concluded. 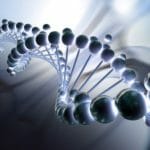