A mouse model of alpha-1 antitrypsin deficiency (AATD) is being used to characterize the hepatic inflammatory changes observed in those with AATD, according to a recent in vivo study published in the American Journal of Physiology-Gastrointestinal and Liver Physiology.

In the current analysis, male and female transgenic mice for normal (Pi*M) and mutant variant (Pi*Z) human AAT at
3 and 6 months of age were part of the study. An in vivo analysis was performed to monitor the hepatic ZAAT accumulation, hepatocyte injury, liver inflammation, steatosis, and fibrotic features.

Results of the study demonstrated that hepatic ZAAT accumulation, followed by ballooning and liver steatosis, developed at 3 months in Pi*Z mice compared with the mice carrying the normal variant of human AAT.

Per transcriptomic analysis, a dysregulated hepatic immune response to lipopolysaccharide was observed in Pi*Z mice, compared with Pi*M mice.

The authors concluded that, “Our data suggest that the human transgenic mouse model of AATD could provide [a] suitable model for the evaluation of therapeutic approaches and preventive reagents against AATD-mediated liver disease.”

The genetic disorder AATD is defined as the misfolding and accumulation of mutant variant alpha-1 antitrypsin
(Z variant of AAT, or ZAAT)—the most abundant circulating serine protease inhibitor—within the endoplasmic reticulum of hepatocytes.

Individuals with AATD are prone to the development of chronic liver disease that remains undiagnosed until later stages of the disorder. Resulting low levels of AAT are associated with chronic obstructive pulmonary disease because of profound activity of proteases in the lung. 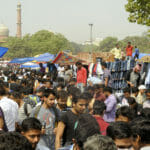 Patients With Severe AATD May Have an Increased Risk of Cancer