A team of researchers from Japan presented the case of a patient with alpha-1 antitrypsin deficiency (AATD) who was recognized due to failure to thrive in infancy and published their findings in Pediatrics International.

AATD is a rare disease, the prevalence of which is estimated to be around 1 in 3000 to 1 in 6000 people in Western countries. However, based on a Monte Carlo simulation, it is expected that there are only 24 people affected by the disease in Japan.

The case presented here is that of a 5-month old baby girl whom the researchers followed until she was aged 15 years. The baby was referred to the hospital because she was failing to gain weight. On physical examination, she was found to show no abnormalities. Her initial blood test results were also normal.

However, her alpha-1 antitrypsin (AAT) levels, measured by nephelometry, were way below normal. So, doctors strongly suspected AATD. They, therefore, evaluated the condition of her liver and lungs. They found her markers of liver fibrosis to be elevated but her lungs seemed to be healthy.

Read more about the epidemiology of AATD

Genetic testing revelated that she was compound heterozygous for the SERPINA1 gene. The 2 alleles that she carries are the Siiyama and the Mpalermo alleles.

Although Siiyama was previously reported in the Japanese population as causing early-onset pulmonary emphysema when homozygous or found together with another allele, Mpalermo has never been found in Japan before. They reported that the patient is now aged 15 years and shows no signs of liver or respiratory dysfunction.

“As both Mpalermo and Siiyama alleles present a phenotype with lower levels of circulating AAT and lung disease, careful follow up including smoking cessation guidance is necessary to prevent pulmonary emphysema in this patient,” they said. 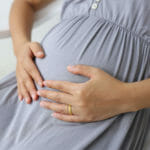 A Successful Pregnancy in a Patient With AATD on Augmentation Therapy