Researchers reported that a significant number of patients with alpha-1 antitrypsin deficiency (AATD) with genotypes Pi*SZ and Pi*MZ were prescribed augmentation therapy (AT) despite a lack of definitive evidence of efficacy in these genotypes, as published in the International Journal of Chronic Obstructive Pulmonary Disease.

AT is the only licensed treatment available for a lung disease associated with AATD. However, whether or not patients with AATD are treated with AT according to guidelines, genotypes Pi*SZ and Pi*MZ lack evidence of responding to AT. The researchers conducted a survey on 63 experts in AATD from 13 countries to determine these prescribing practices with AT.

“Since AT requires weekly intravenous infusions for life, usually in hospital facilities, the decision to initiate AT must be based on a case-by-case careful evaluation of risks and cost-benefit analysis in experienced reference centers,” the authors said. “We aimed to investigate the criteria used by European experts to indicate initiation of AT beyond the recommendations of the current guidelines.”

The survey was developed based on a literature review and comprised of 11 items including age, alpha-1 antitrypsin serum level, genotype (PiZZ, PiMZ, and PiSZ), forced expiratory volume in 1 second (FEV1) percent predicted, diffusion capacity of the lungs for carbon monoxide (DLCO) in percent predicted, FEV1 (mL) decline, DLCO percent decline, the severity of emphysema on computed tomography, smoking history, frequency of exacerbations in the last year, and degree of dyspnea according to the modified Medical Research Council dyspnea scale.

The survey was conducted between April 2018 and December 2018 among European AATD experts from the European Alpha-1 Research Collaboration network. 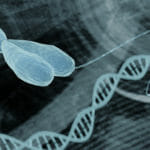