Clinicians reported the case of a 61-year-old male diagnosed with alpha-1 antitrypsin deficiency (AATD) who developed an intracranial aneurysm with subarachnoid hemorrhage. The case report will be presented at the 2022 Critical Care Congress, being held virtually April 18-21, 2022 as announced by the Society of Critical Care Medicine.

“Male Caucasian subarachnoid hemorrhage patients with emphysematous changes should be evaluated for AATD as a potential cause of the intracranial aneurysm,” Khizar Hamid, MD, and Paul Berger, DO, said.

The patient experienced headaches and increased blood pressure the day before admission, and was unresponsive on clinical admission. His medical record indicated he suffered from shortness of breath due to his occupation and hypertension, with a recent adjustment of his blood pressure medication. He was intubated for airway protection and went for a detailed clinical examination.

A computed tomographic angiogram of the chest revealed emphysematous alterations with some infiltrates. The clinical team suspected AATD. Therefore, the patient underwent genetic tests and was administered antibiotics. The analysis confirmed a homozygous deficiency.

“AATD has been associated with the development of an intracranial aneurysm, especially in homozygous variants, males and in the Caucasian population,” the authors said. This association has not been established for the Asian population.

The patient’s clinical condition improved and he was discharged to a rehabilitation facility. He recovered without any residual neurological deficits. 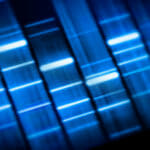