This new information could be useful in ongoing researching relating to alpha-1 antitrypsin deficiency (AATD).

The researchers treated PBMCs with Zemaira®, Prolastin®, purified AAT from donor plasma, glycosylated AAT, or oxidized AAT and found out that only supernatants from PBMCs preincubated with Zemaira® were able to lower the LPS-induced release of IL-1β.

Moreover, Zemaira®-derived supernatants, but not the others, had high levels of thiols. “The unexpected finding that only supernatants with AAT (Zemaira®)-pretreated PBMCs contained thiols and lowered LPS-induced IL-1β secretion led us to examine purified AAT preparations by the thiol assay, which also determines free cysteine residues,” the authors explained.

The results showed that carbamidomethylation of the Cys232 residue was more efficient in Zemaira® than in Prolastin®, which suggests the presence of more cysteine residues with free thiols in Zemaira®. On the other hand, the content of thiols in supernatants from oxidized AAT was residual. The authors hypothesized that these thiols might be responsible for the effect of LPS on IL-1β release. Other studies have implicated free thiol-containing proteins in regulating cytokine-mediated inflammatory processes.

The explanation for such a difference between preparations may rely on the use of dithiothreitol, which is expected to chemically reduce AAT at Cys232, in the early steps of Zemaira® production. This results in a conformational change that could be relevant to control LPS-induced IL-1β release from PBMCs.

Zemaira® and Prolastin® are used to treat emphysema in adults with AATD. 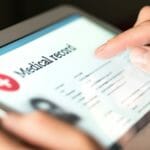