“The race is not to the swift, but time and chance happens to them all” is an ancient saying that illustrates how even the best laid plans are subject to the dictates of chance and opportunity.

In medicine, particularly in the field of rare diseases, the early detection of a disease and the early initiation of treatment usually translates to better outcomes. Some diseases can be picked up from birth; others are insidious and only become obvious once they have progressed significantly.

Spinal muscular atrophy (SMA) is a genetic disease that causes the degeneration of lower motor neurons and muscular atrophy, manifesting primarily as muscle weakness and immobility. Patients with type 1 of the disease experience symptoms within months of birth and are unable to sit unsupported. These patients usually have failure to thrive and suffer from an extremely poor prognosis.

Patients with type 2 of the disease typically experience symptom onset between 7 and 18 months. They are usually able to sit without support but cannot walk independently. In addition, they may suffer from swallowing and chewing difficulties, compromising their nutritional status. They may also need mechanical ventilation due to respiratory difficulties.

Therapeutic advancements in the field of SMA over the last decade have been astonishing, and we now have 3 forms of therapies available to treat patients with SMA. The first is nusinersen, an antisense oligonucleotide targeting SMN2. The second is onasemongene abeparvovec, a gene replacement therapy. The third is risdiplam, the most recently approved therapy for SMA; it too works by targeting SMN2.

As mentioned, patients with SMA tend to present with developmental difficulties. Scientists have suggested that this is because the SMN protein is crucial for the development of the nervous system. As such, the timing of treatment initiation is crucial in order to secure better long-term outcomes.

“A wealth of preclinical data has shown that the therapeutic time-window to treat SMA is narrow,” Motyl and Gillingwater wrote in Cell Reports Medicine.

Studies indicate that developmental defects can be detected prenatally, meaning that the phenotype of this disease can manifest itself before birth. Scientists have observed prenatal systemic changes and underlying motor neuron degeneration.

The Benefits of Early Treatment

Further evidence for the initiation of treatment in presymptomatic children were provided by the results of a phase 3 clinical trial for onasemnogene abeparvovec conducted by Strauss et al.

“Onasemnogene abeparvovec is an in vivo adeno-associated virus serotype 9 (AAV9) gene replacement therapy that delivers the SMN transgene under a ubiquitous promoter into target cells, through a one-time [intravenous] infusion,” Kichula and colleagues wrote in Muscle & Nerve.

AAV gene therapy has garnered intense interest because it offers a number of advantages over other viral vectors. AAV gene therapy is not known to cause any human diseases, and the activation of the innate immunity is lower compared with adenovirus vectors. In addition, they have a lower risk of genomic integration due to the fact that the transgene is maintained as an episome.

In the phase 3 clinical trial for onasemnogene abeparvovec, treatment was initiated in presymptomatic infants at risk of developing either SMA type 1 or type  2. The research team initiated treatment after genetic confirmation in 14 infants with 2 copies of SMN2 and 15 infants with 3 copies of SMN2. The infants received therapeutic intervention within 6 weeks of life, prior to symptom onset.

The results of the presymptomatic treatment of infants with SMA allowed them to achieve developmental milestones greater and earlier compared to untreated patients or patients who only received treatment once they became symptomatic.

“While the cohorts were small, the findings are unequivocal: treatment needs to be started as early as possible to maximize therapeutic benefits,” Motyl and Gillingwater wrote.

However, the presymptomatic treatment of infants with SMA is only possible with newborn screening. As mentioned, patients with all subtypes of SMA become symptomatic within months/years of birth. Therefore, any screening program that takes place after birth is likely to be too late.

While the implementation of newborn screening inevitably involves some costs, it ultimately saves individual families from having to spend more as a consequence of having a child with severe SMA. An Australian study assessing the costs of newborn screening coupled with early gene therapy reported that they generally fall within acceptable thresholds for most families.

“The publications by Strauss et al provide the first direct clinical evidence that presymptomatic treatment with gene therapy enhances its therapeutic efficacy in infants with SMA,” Motyl and Gillingwater wrote. “This should encourage the SMA community and stakeholders to consider presymptomatic timing as optimal for therapy delivery and provide support to convince policy makers of the importance and value of [newborn screening] for SMA.” 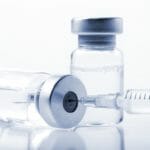 Clinical Data Demonstrate Efficacy of Nusinersen in Patients With SMA