It has been a running joke that doctors are the most trusted profession while politicians are the least. All doctors swear by the Hippocratic Oath, which pledges to “first do no harm.” In other words, medicine is generally regarded by the public as an ethical discipline.

However, dig deeper and you will find a dozen ethical conundrums that doctors face each day. Which patient should be prioritized for intensive care unit admission if beds are limited? What is the threshold at which doctors advise patients to sign a Do Not Attempt Resuscitation form? How do you escalate painkillers responsibly without risking opioid addiction? These are some of the ethical dilemmas that many doctors will be familiar with.

Besides these day-to-day judgments that doctors must make, the rise in genetic screening and gene therapy threatens to introduce a new set of ethical dilemmas for which there are no easy solutions. This is especially true for genetic diseases such as spinal muscular atrophy (SMA), a devastating disease with a high infant mortality rate. Researchers are increasingly focusing their attention on curing (and not just treating) SMA through genetic intervention.

A group of researchers from Melbourne, Australia published a paper discussing the ethics of preventing and treating SMA in Bioethics. They wrote, “A plethora of new interventions promises to reduce the burden of SMA for families. However, they raise difficult questions regarding resource prioritization.” In this article, we will discuss some of the points they raised.

A Range of Ethical Dilemmas

Is having a disability something to be celebrated or condemned? Every 4 years, the Paralympic Games demonstrate just how extraordinary athletes with disabilities can be. In public areas, the provision for wheelchair access is applauded, and most televised political speeches come with sign language translation.

Some argue that the desire to screen for diseases like SMA is driven by an implicit belief that disabled individuals are somehow “less worthy of existence” than others. No surprise then that disability rights activists tend to be the loudest critics against reproductive technologies. There is a valid worry that the desire to eliminate all disabilities from society will turn people with existing disabilities into second-class citizens.

However, there is pushback against the framing of the debate in this way. Some argue that disability screening need not represent a negative view of disability at all; instead, it is primarily concerned with improving survival rates and the quality of life of patients. This is especially true for diseases like SMA, in which patients typically do not survive past infancy.

An ethical theory that does support SMA prenatal screening is procreative autonomy. The idea here is that a person giving birth to a child should naturally have the autonomy to decide whether they want to raise a child with a serious disability. Of course, there are plenty of examples of parents expounding the joys of raising a child with a disability despite its challenges, but the crucial point here is whether the parents get to have a say in this at all. There is no doubt that raising a child with a serious disability is an entirely different experience than raising a nondisabled child; hence, parents should have the autonomy to decide the kind of parenting experience they would most like to have.

The principle of beneficence adds another layer of complexity to our ethical considerations since it can be argued both ways. Beneficence is an idea that stipulates that an action leading to the greatest benefit is an ethical one. By conducting prenatal SMA screening, parents can choose not to carry a fetus with SMA to term; in this case, the parents benefit by not being unduly burdened by caring for a child with a disability. However, it is hard to dispute the fact that, on the flip side, the fetus receives no benefit at all—certainly not any benefits from advancements in SMA therapeutics should he or she be born.

A possible win-win solution is if gene editing can be successfully carried out prenatally, allowing the child to be born without SMA. This is why researchers are so hungry to make gene editing a viable, practical, and affordable form of therapy – it will drastically transform the treatment landscape of SMA by offering choices that were previously unavailable.

A final ethical theory that deserves a mention is distributive justice, which in medicine means the ability of anyone who wants treatment to be able to gain access to it equally. In the United Kingdom and indeed many European countries, healthcare is free at the point of delivery. However, we all know that the US healthcare system functions very differently. Nusinersen, one of the main therapies for SMA, is estimated to cost $750,000 for the initial treatment and $375,000 for every subsequent year.

First, this is prohibitively expensive for many; second, even if the full cost was paid for through public funds, it remains an exorbitant sum of money and may deplete resources from other patients. In this case, the most ethical thing to do to ensure distributive justice is to reduce SMA cases, either through prenatal screening and termination (costing an estimated $5000) or gene editing (costing an estimated $30,000).

In this article, we have explored the ethical considerations around SMA genetic screening and gene therapy through a variety of lenses. No amount of pontifications about lofty ethical ideals can lessen the pain of parents having to make a very difficult and personal decision. However, medical developments can offer a third path: if postnatal SMA treatments can advance to the point that a complete cure is possible (and affordable), it would drastically ease the ethical dilemmas presented in this article. 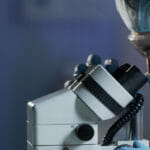