Capsid engineering in gene therapy has gained considerable attention over the years. Its premise is simple: it helps gene therapy do its job in a far more effective and targeted manner.

For example, gene therapy has been in use for spinal muscular atrophy (SMA) for a few years now. To realize the full potential of this form of therapy, it is important to ensure that its intracellular delivery is as potent as the therapy itself. To that end, some scientists have touted the value of adeno-associated virus (AAV) capsid engineering as a means to boost the penetration of the therapy.

“Current efforts focus on the viral capsid to modify the host–vector interaction aiming at increasing the efficacy of target cell transduction, at simplifying vector administration, and at reducing the risk of vector dose-related side effects,” Macdonald et al wrote.

So what is AAV capsid engineering, and what impact do scientists expect it to have on SMA patient care?

Through clinical trials, scientists immediately recognized the potential of AAV vectors for treating diseases, but they also discovered significant gaps. Hence, the idea of AAV capsid modification was born in an attempt to address any current deficiencies.

What is the main function of an AAV capsid? Rodríguez-Márquez et al provided a summary: “[The capsid] interacts with host factors in the blood, binds to receptors on the cell surface, determines the cell entry pathway, and is trafficked and processed by host cell proteins. Furthermore, AAV capsids elicit innate and are targeted by humoral immune responses.”

In 2002, the first breakthrough in AAV capsid engineering occurred. “The first crystal structure of the AAV capsid became available in 2002, revealed the structure of AAV2 and was correlated with information on AAV infection biology known at that time,” Rodríguez-Márquez and colleagues wrote. From then on, our knowledge of AAV capsid structures has increased tremendously.

“In general, capsid engineering is applied for cell surface targeting purposes (re-targeting or broadening of the tropism), to optimize the intracellular processing and to map and modify immunogenic epitopes,” explained Rodríguez-Márquez et al. In other words, AAV capsid engineering involves a lot of intelligent guessing to boost the penetration and effectiveness of gene therapy.

Mendell et al have written an excellent paper on the application of in vivo gene therapy with AAVs on a number of diseases, including an entire section focused on SMA.

One of the most important discoveries in the development of AAV gene therapy for SMA is AAV9, which has the ability to reach the nerve cells of the brainstem and the spinal cord. A clinical trial was conducted to assess its efficacy in human participants, including symptomatic infants with SMA type 1 and 2 copies of the SMN2 gene. This trial was not conducted with the use of prednisolone.

On day 9, patients receiving gene therapy demonstrated alanine transaminase (ALT) levels 16 times the normal range. Based on these findings, prednisolone was reintroduced into the mix of drugs used to treat SMA patients. The “therapeutic dose” eventually agreed upon and submitted to the FDA included: “prednisone, 1 mg/kg per day beginning 24 hours prior to gene delivery, and as a safety measure, a reduced viral load for high dose from 3.3X1014 vg/kg to 2.0X1014 vg/kg,” Mendell et al wrote.

That was not all from this landmark trial; its other results, in fact, exceeded expectations. At the conclusion of the study period, all infants were alive, with all 12 who were treated with the therapeutic dose not requiring permanent ventilation. In addition, among the patients who received the therapeutic dose, 11 could sit unassisted, 9 could roll over, 11 could be fed orally and speak, and 2 could walk independently.

The success of gene therapy in the infants with SMA was so compelling (with other trials replicating similar successes) that a number of states have implemented the policy of offering gene therapy to newborns with SMA within the first few weeks after birth. In Ohio, it has been reported that 5 presymptomatic patients have been treated with gene therapy onasemnogene abeparvovec; the oldest being 12 months of age. Based on this, Mendell et al commented, “The future looks bright for SMA patients.”

All of the research teams mentioned in this article expressed their belief in the immense potential of capsid-engineered AAV to make huge waves in medicine. Macdonald et al called gene therapy the “top candidate” among the novel therapies that have been developed recently.

“In recent years, advances and success in gene therapy have built a solid foundation for new therapeutic options to treat so far incurable monogenic diseases,” Rodríguez-Márquez wrote. “A seminal contribution to this success can be attributed to the AAV vector system.”

We are still learning about what AAV gene therapy can accomplish. There is no doubt continued research will further elucidate the full potential of this promising new therapy. 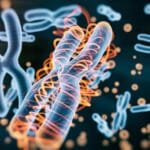 The Increasingly Prominent Role of Gene Therapy in Managing SMA