Systemic mastocytosis is a subset of mastocytosis, which also includes cutaneous mastocytosis and mast cell sarcoma. Mastocytosis has been linked to somatic gain-of-function mutations of the c-KIT gene. KIT is a tyrosine kinase receptor that plays an important role in regulating the normal proliferation, maturation, adhesion, and chemotaxis of mast cells.

Mast cell density has been discovered to be significantly higher in the myometrium of pregnant women than in women who are not pregnant. In addition, systemic mast cell activation from exposure to allergens in sensitized patients can bring about an immediate and substantial rise in myometrial contractions.

Scientists have proposed that mast cells play a role in mediating uterine contractility in pregnancy. There have also been reports of recurrent breastfeeding anaphylaxis in otherwise healthy women, suggesting that hormonal changes affect mast cell activation and degranulation.

“Collectively, all these data support the hypothesis that [mast cells] are strongly involved in the human reproductive function, and that the physiological changes that occur during pregnancy could significantly affect [mast cell] activity,” Ferrari and colleagues wrote in Frontiers in Oncology. “Conversely, there is little data about the behaviour and the functional modifications of neoplastic [mast cells] during pregnancy in women with [systemic mastocytosis].”

In Obstetrics & Gynecology, Watson and colleagues presented a rare case of a pregnancy complicated by systemic mastocytosis. A 32-year-old woman (gravida 7, para 2) presented with early pregnancy. Just 6 weeks prior, she had had a successful vacuum-assisted vaginal delivery.

As a precaution against a flare of mastocytosis, the patient was prescribed cetirizine 10 mg once daily during her pregnancy. The anesthetic plan formulated a month prior to her expected delivery date was for a repeat Cesarean delivery to be performed under spinal anesthesia.

A Cesarean section was initiated upon continuing contractions at 36 weeks of gestation. The patient was administered IV dexamethasone 4 mg and IV diphenhydramine 12.5 mg as prophylaxis for mast cell release. She had a successful delivery.

Ten minutes later, the patient experienced difficulty breathing, throat tightness, and a drop in oxygen saturation to 92%. She was treated with oxygen, IV epinephrine 0.05 mcg (administered 3 times over 5 minutes), IV diphenhydramine 12.5 mg, and IV dexamethasone 4 mg. She was then transferred to the intensive care unit for further observation.

Implications for Both Mother and Child

Stress, including labor, can trigger the release of mast cells in a pregnant woman with systemic mastocytosis. Anesthetic management is focused on preventing an anaphylactoid reaction from occurring and preparing to treat mast cell degranulation if it occurs before, during, or after delivery. In the case of this patient, she experienced an anaphylactic reaction almost immediately after delivery.

To add to the challenges faced by physicians, the clinical manifestations of mastocytosis can be unpredictable. “Patients can experience a significant improvement of their health’s status with reduction in frequency and intensity of [mast cell] mediator-release symptoms, or can suffer by a worsening of symptoms,” Ferrari and colleagues wrote. “Moreover, the severity of symptoms can be different in the same patient in consecutive pregnancies.”

Because of the cross-disciplinary implications of systemic mastocytosis in a pregnant woman, “the patient should be referred to a reference center, and managed by a mastocytosis-dedicated multidisciplinary team, including a high-risk obstetrician, an hematologist, an allergist and an anesthesiologist,” Ferrari and colleagues wrote.

This case study highlights the need for vigilance during prenatal assessments. It also demonstrates how systemic mastocytosis can affect pregnancy, and vice versa. It is vital for the health and well-being of both mother and baby that cases such as these are managed effectively. 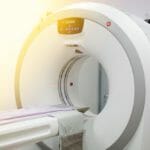