Autophagy is a lysosomal degradative pathway that allows for the recycling and renewal of cellular components. This complex and tightly regulated process is key to maintain cellular metabolism and intracellular homeostasis.

In fact, it is vital for skeletal muscles, as they are composed of terminally differentiated cells (muscle fibers) that cannot solve eventual errors and eliminate aberrant entities through cell division.

Unbalanced autophagic activity can lead to the accumulation of autophagic debris, which is characteristic of autophagic vacuolar myopathies as Pompe disease (PD), a genetic disease caused by the lack of the lysosomal acid hydrolase α-acid glucosidase (GAA).

The relationship between autophagy and PD was initially underappreciated. However, investigations showed that glycogen accumulates in lysosomes of the affected tissues and that PD patients have an increased number of autophagosomes, ie, double-membrane vesicles formed during autophagy to engulf cargoes. Similar findings were observed in GAA-knockout mice.

“The molecular mechanism underlying the defective autophagy in the diseased muscle involves both increased formation of autophagosomes (induction of autophagy) and their inefficient fusion with lysosomes (autophagic block),” Meena and Raben explained in Biomolecules.

Events such as the accumulation of dysfunctional autophagosomes and lysosomes in the cytosol, the enlargement and rupture of lysosomes, and the increase in large protein aggregates that contain the autophagy adaptor sequestosome-1/p62 can impair muscle contractility. Their occurrence has been reported in both aggressive neonatal PD and end stages of late onset PD.

“This autophagic build-up also may reduce the efficacy of [enzyme replacement therapy] since the recombinant GAA can get trapped by the accumulation of undigested intracellular constituents, increased number of autophagosomes, and expanded lysosomes in the cytoplasm of affected myocytes, and thus be prevented from reaching the inside lumen of lysosomes,” Farah et al explained in a review article in Molecular Genetics and Metabolism.

“Unlike another cellular degradation pathway, the ubiquitin-proteasomal pathway, which degrades short-lived proteins and requires substrate proteins to be unfolded to feed into proteasomes, the substrates for autophagy are more versatile, including long-lived proteins, non-protein structures, or protein aggregates and organelles that are too large or unable to unfold for proteasomal degradation”, explained Congcong He, Assistant Professor of Cell and Developmental Biology at the Northwestern University Feinberg School of Medicine in Chicago, Illinois.

Hence, many kinds of selective autophagy have been proposed, such as glycophagy—the process of degrading cell glycogen into glucose within autophagic vacuoles. In lysosomes, glycogen is hydrolyzed into single α-glucose molecules by the enzyme GAA, which is compromised in PD patients. The glucose released in this process can then be used in other biosynthetic processes.

The molecular mechanism of glycophagy is not yet fully understood. However, some studies suggest it might be cell type-specific, at least in part. For example, the starch binding domain containing protein 1 (STBD1), a cargo receptor for glycogen in mammalian cells, seems to be liver-specific.

“It is possible either that glycophagy in muscle tissues is nonselective and does not require a receptor or that there are muscle-specific receptors that mediate glycogen transport and glycophagy in muscle; such receptors, if they exist, would be worthy of further investigation as potential therapeutic targets in PD,” suggested Congcong He.

Though results are still controversial, it seems that modulating autophagy could be a therapeutic strategy in PD. For instance, overexpression of the pro-autophagic transcription factor EB in GAA-knockout mice improved muscle function. This was not observed in mice lacking key autophagy genes. Overexpression of the pro-autophagic transcription factor E3 also reduced skeletal muscle damage and improved muscle function.

“Both of these strategies involve the clearance of excess autophagosomes by stimulating lysosome function,” Farah et al explained.

Preclinical studies also suggest that the serine/threonine-protein kinase mTOR could be an interesting drug target as its activation reduced the accumulation of autophagosomes and improved muscle atrophy in a rodent model of PD. However, hyperactivation of mTOR was reported in muscle biopsies of PD patients. Hence, additional studies should clarify the role of mTOR activation as therapeutic strategy in PD.

According to Farah et al, “regardless of which strategy ultimately turns out to be the most useful in the clinical setting, it is clear that autophagy modulation could be an important therapy for this disorder, perhaps in combination with ERT.” 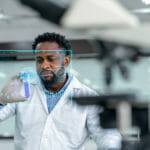