Some aspects of Pompe disease have been clearly established. It is a genetic metabolic disorder inherited in an autosomal recessive manner. Patients with the disease have a deficiency in the lysosomal acid alpha-glucosidase (GAA) enzyme, which causes glycogen to accumulate pathologically in the body.

A team of Hungarian scientists led by Gal had the brilliant idea of investigating the real-world correlation of both of these factors with the presentation of the disease.

“In this study, we publish the results of the first enzymology and genetic analysis of a Hungarian cohort with Pompe disease,” they wrote in Current Approaches in Molecular Enzymology. “We assessed the protein domain involvement linked to different disease-causing alterations with the possible effect these variants may have on protein structure, GAA enzyme activity and phenotypes.”

The research team enrolled 24 patients with Pompe disease from 19 families. The study included 8 males and 16 females. Participants ranged from 4 to 69 years of age. The participants consented to undergo a molecular genetic analysis of the GAA gene, as well as GAA enzyme activity.

For the measurement of GAA enzyme activity, the research team divided the participants into 2 groups: those with the classical infantile form of Pompe disease and those with the late-onset form. The results revealed that the mean GAA enzyme activity in the infantile-onset group was significantly lower than participants in the late-onset group, echoing the findings of other major studies.

This study demonstrates that subtle genetic differences exist between patients with Pompe disease and that their impact on phenotype and prognosis deserves further research.

Park conducted a similar study in which he pursued 2 separate approaches in analyzing the GAA gene. The first method was to analyze patients already diagnosed with Pompe disease, while the second method was to analyze GAA genomic data from unaffected carriers from a general population. The patients studied were either from Japan or Korea.

Based on the first methodology, Park reported that out of a total of 17 Japanese studies on GAA variants, 11 were classified as variants of uncertain significance, and 1 was classified as benign. He found a total of 10 Korean studies evaluating GAA variants, which reported 17 different pathogenic or likely pathogenic variants in 32 Korean patients with Pompe disease.

Both studies go into greater depth regarding variants in the GAA gene and how they correlate with phenotype.

“The localization of different disease-causing variants affecting the GAA gene manifests in distinct protein domain alterations, which correlates to the level of GAA enzyme activity and cross-reactive immunological material (CRIM) status, affecting phenotypes,” Gal et al concluded. “A better understanding of the pathogenic effects of GAA variants may highlight the importance of early initialization of ERT treatment, even if symptoms are still subtle.”

There is no doubt that in-depth, population-wide genetic studies will yield useful insights into how genetic variations of a disease can impact phenotype and prognosis. They can also provide important information regarding how well treatment types respond to subtle genetic variants of a disease.

“Further analyses of the specific GAA variations may also provide more information on their possible development of a deleterious immune response,” Gal and colleagues noted.

Park KS. Two approaches for a genetic analysis of Pompe disease: a literature review of patients with Pompe disease and analysis based on genomic data from the general population. Children (Basel). Published online June 4, 2021. doi:10.3390/children8070601 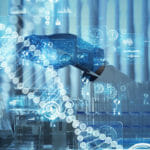 The Accelerating Pivot to Gene Therapy in Pompe Disease