Pompe disease leads to the progressive accumulation of glycogen in the body, manifesting primarily as cardiac, skeletal, and smooth muscle disease. It also negatively affects nervous tissue by promoting abnormal motor and neural functions. This mechanism of action can result in hearing difficulties.

Researchers have reviewed the evidence on the early start of enzyme-replacement therapy (ERT) in patients with infantile-onset Pompe disease (IOPD), particularly in terms of hearing parameters. In one study, Hseuh and colleagues examined the hearing characteristics of patients with IOPD after the commencement of early ERT.

“The presentation of glycogen storage in the organ of Corti in a knockout mouse model of Pompe disease, including in the inner and outer hair cells, the supporting cells, the stria vascularis, and the spiral ganglion neurons, suggests that this hearing impairment may be related to a cochlear pathology,” they wrote.

The decision of this team to highlight hearing acuity as a clinical parameter in Pompe disease clearly illustrates the wider implications of the abnormal storage of glycogen in the body. Pompe disease research is overwhelmingly focused on cardiac disease, since this is arguably its most lethal manifestation. However, Pompe disease can produce a variety of noncardiac symptoms that can significantly impact the quality of life of patients in a negative way.

We will focus on IOPD, since our goal in this article is to understand the effects of the early commencement of ERT on disease progression. IOPD is typically suspected when infants display muscle weakness, hypotonia, feeding problems, motor delay, or respiratory insufficiency. Unfortunately, the majority of IOPD patients do not survive past the first year of life, and if they do, they typically die within 2 years without treatment.

Scientists studying ERT believe it is most effective when started before irreversible damage occurs. Studies seem to support this hypothesis. However, on the specific issue of hearing outcomes, the medical literature is largely silent.

Hseuh et al conducted their study in Taiwan, which has had a nationwide newborn screening program that includes Pompe disease since 2008. This allows physicians to diagnose IOPD as early as possible and to act quickly. Within 4 hours of admission, newborns are started on ERT if they display features pathognomonic of Pompe disease.

Nineteen IOPD patients were included in the study. Newborn hearing screening was performed after birth. One of the parameters for hearing loss is based on criteria set by the American Speech-Language-Hearing Association (ASHA).

The results revealed that the mean age of the initial time to ERT was 11.05 ± 4.31 days. Among the 19 patients, 6 had hearing impairment of various types, with sensorineural hearing loss being the most common.

“While most studies showed dissatisfactory hearing results even after ERT, we reported better hearing performance in our cohort,” Hseuh et al wrote. “The better hearing outcomes reported in our cohort indicate that early ERT could have a positive effect not only on the development of the cochlear and nervous systems but also on the muscular components associated with Eustachian tube or middle ear function.”

The study by Hseuh and colleagues demonstrates that early ERT can potentially lead to better hearing outcomes. This is in line with other studies that have demonstrated the clinical benefits of starting ERT as early as possible.

A landmark study was conducted by Yang et al investigating the effects of “very early” treatment for IOPD. Once again, the study was conducted in Taiwan in view of their neonatal Pompe disease screening program. The team studied the clinical outcomes of 14 IOPD patients who received very early ERT, compared to similar cohorts.

“We find that the earlier the initiation of ERT, the better the response in creatine kinase (CK), lactate dehydrogenase (LDH), and aspartate aminotransferase (AST) levels and the performance on Bayley-III and Peabody Developmental Motor Scale (PDMS-II) tests after 1 year of treatment,” they reported. ”High CK, LDH, and AST levels usually suggest persistent muscle damage and may relate to a poorer long-term prognosis.”

This study, as well as the one by Hseuh et al, suggest that the early initiation of ERT might positively influence the immune response in patients and decrease the amount of tissue damage.

Yang et al concluded, “We propose that starting ERT just a few days earlier can influence the long-term outcomes of patients with IOPD. For patients with IOPD, ERT should be initiated as early as possible before irreversible damage occurs.”

With an abundance of evidence in favor of early ERT and none to support delay, global health authorities are without excuse not to emulate Taiwan’s Pompe disease neonatal screening program to secure a better prognosis for IOPD patients. We must work towards a world in which every child born with Pompe disease receives the very best start in life. 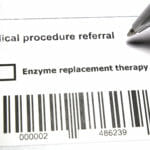 Can Reducing Oxidative Stress Boost the Efficacy of ERT in Pompe Disease?