Pompe disease, a rare inherited disease that causes an abnormal buildup of glycogen in the body, can be further divided into 3 main subtypes: classic infantile-onset, non-classic infantile-onset, and late-onset. Classic infantile-onset disease presentation begins at infancy, and common signs include generalized hypotonia, cardiomyopathy, and respiratory failure. Sadly, most infants do not make it past the first year of life without treatment, because of a near-complete lack of the enzyme α-glucosidase, which leads to toxic lysosomal glycogen buildup.

To better understand the relationship between non-classic Pompe disease and cardiovascular pathologies, researchers conducted a systematic review of cardiovascular disease in patients with non-classic Pompe disease and published their findings in Neuromuscular Disorders. This review is believed to be the first of its kind. The study team used scholarly search engines to search for keywords related to Pompe disease, such as “glycogen storage disease type 2” and “glycogenosis,” as well as keywords relating to cardiovascular diseases, such as “cardiac disease,” “arrhythmia,” and “stroke.”

Among the inclusion criteria for the papers selected were that they were reviewed by 2 independent reviewers and the Pompe disease under discussion must be of the non-classic subtype. To address the heterogeneity of the studies found, researchers grouped cardiovascular diseases into 2 main groups: cardiac (such as those presented through electrocardiograms [EKG] or transthoracic echocardiograms [TTE]) and vascular (such as ectasia, aneurysms, and stroke).

Researchers included 48 studies in their review, with 750 cases in total reported. It should be noted that several studies reported on the same cohort of patients, making it difficult to estimate the exact number of patients included in this review. In addition, researchers could not ascertain the accuracy of the diagnostic methods used, as some patients were not diagnosed at a genetic level.

In case-control studies, researchers found 2 EKG abnormalities: one patient had a shortened PR interval and another had a right bundle branch block (RBBB). Regarding TTE findings, a study notably reported a larger mean diastolic aortic diameter in patients with Pompe disease than in the controls. Severe structural cardiac dysfunction or abnormalities were not described upon TTE.

In cohort studies, multiple studies reported 16 different EKG findings, the most common being a shortened PR interval, RBBB, and Wolf-Parkinson-White syndrome (WPWs). One study reported signs of left ventricular hypertrophy (LVH) in 11.5% of the patients. It has been hypothesized that glycogen accumulation in cardiac tissue results in conduction abnormalities as the disease progresses.

The most commonly reported TTE findings were various valvular abnormalities/dysfunctions, LVH, and a decreased ejection fraction. A separate study identified 2 children with hypertrophic cardiomyopathy (HCM), which is typically a hallmark of classic infantile-onset Pompe disease.

Results from case reports and case series were similar to the above findings. A study reported cases of WPWs and HCM with left ventricular outflow tract obstruction. With regards to TTE findings, LVH and decreased ejection fraction were the most commonly observed abnormalities.

Case-control studies reported aortic stiffness in patients with non-classic Pompe disease. In addition, they also had a higher mean arterial pressure and smaller carotid artery diameter than controls. A study reported that affected patients had larger diameters of the carotid arteries and cerebral anterior circulation and vertebrobasilar circulation arteries, while also having higher carotid and vertebral artery mean flow velocity and carotid and vertebrobasilar cerebral blood flow than controls.

In cohort studies, the most common vascular findings were dolichoectasias, aneurysms, strokes, and white matter lesions. Six studies reported dolichoectasias of the anterior circulation, vertebrobasilar circulation, and carotid arteries; however, their prevalences differ between studies.

In case reports and case series, similar vascular abnormalities were observed. A study of 25 patients found 19 cases of dolichoectasias located at various locations throughout the body, including 8 in the vertebrobasilar arteries, 3 in the carotid arteries, 1 in the renal artery, and 1 in the iliac artery. Ten aneurysms were reported in patients aged 16 to 59 years; 7 were located in the vertebrobasilar circulation, 2 in the anterior circulation, and 1 in the aorta.

In summary, studies show that dolichoectasias were among the most common vascular findings in patients with non-classic Pompe disease, with a higher predisposition for occurring in the vertebral and/or basilar arteries. It was also discovered that cardiovascular risk factors were distributed evenly among affected patients and controls.

Another important vascular finding among the papers studied was the occurrence of aneurysms, particularly in the anterior and vertebrobasilar circulation and in the aorta. The most likely explanation for the vascular abnormalities observed in patients with non-classic Pompe disease is the degeneration of arterial smooth muscle cells due to the accumulation of glycogen interacting with established cardiovascular risk factors, such as aging, hypertension, dyslipidemia, obesity, and smoking. Some of these risk factors are likely exacerbated by muscle weakness caused by Pompe disease, which makes it more difficult for patients to exercise. 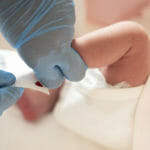