Perros and colleagues noted that “while the presence of perivascular inflammatory cells and auto-antibody generating lymphoid tertiary follicles in the vicinity of pulmonary arteries has been described in the past, and the increase in pro-inflammatory cytokines and chemokines and auto-antibodies in the peripheral blood repeatedly reported, interpretations of the role, mechanistic rank and pathophysiologic relevance of these inflammatory and dysimmune hallmarks are still controversial.”

In another paper, Huertas et al wrote, “For over 20 years, an association between inflammation and PAH has been appreciated but it is particularly difficult to assess whether altered immune responses represent a cause or an effect of the disease.

”According to current knowledge, inflammation and immunological disorders are common to all forms and it is now widely accepted that inflammation contributes to both disease susceptibility and progression of vascular remodeling in PAH,” they wrote.

Understanding the precise role of inflammation in PAH will undoubtedly clarify what future PAH therapeutics should aim to accomplish. PAH is already associated with many autoimmune and immune disorders, including HIV and connective tissue disease. A greater appreciation of how inflammation is modulated in PAH might allow us to strategically use medications in these and other diseases that may possess key immune-modulator/anti-inflammatory properties.

Perros and colleagues proposed two hypotheses on how inflammation operates in PAH: the “smoldering fire” hypothesis and the “conflagration” hypothesis. They deserve credit for creatively describing both hypotheses using the analogy of fire, considering that the Latin root word for inflammation literally means “to set on fire.”

This hypothesis suggests that a number of factors trigger an immune response in PAH. In other words, pathological features of PAH act as a “smoldering fire” that causes the smoke of inflammation to arise.

Perros et al explained, “Increased vessel wall stiffness through the deposition of extracellular matrix, from whatever etiology, leads to a marked pulsatile flow (with higher pressure amplitudes) that will provoke a pro-inflammatory response within the directly exposed vascular compartment, the lumen-facing endothelial cell layer of small muscular-type arteries and arterioles that lack greater amounts of elastic (amplitude-soothing) fibers.”

Additionally, the presence of shear stress from high-pressure amplitudes activates the transcription factor nuclear factor-κB, which plays a central role in most inflammatory/immune responses.

We know that a state of hypoxia can also induce an inflammatory response; for example, healthy individuals who climb to high altitudes may experience an increase in C-reactive protein and circulating interleukin-6. This is also seen in patients with cardiovascular/respiratory diseases that cause a state of hypoxia.

Therefore, Perros and colleagues proposed that, in PAH, “hypoxia induces inflammation within the pulmonary artery through local expression of pro-contractile and proliferative growth factors and pro-inflammatory mediators like vascular endothelial growth factor, brain-derived neurotrophic factor or thymic stromal lymphopoietin that are generated in resident cells of the vessel wall.”

Another phenomenon that gives weight to the “conflagration” hypothesis is lymphoid neogenesis in the lungs of PAH patients. In response to persistent autoimmune-triggered inflammation, lymphocyte follicles can be found in the areas of diseased pulmonary arteries. This means that inflammation triggers further pathological processes in PAH.

Both hypotheses described by Perros et al are supported by considerable evidence, so it is reasonable to conclude that both take place simultaneously in PAH. In other words, in PAH, inflammation is both flint and fire; it is driven by PAH pathological processes and itself causes further physiological damage.

It is important to point out that there is still much we do not understand about the relationship between PAH and inflammation. Huertas and colleagues noted that research has allowed us to conclude that “aberrant inflammation and dysimmunity show a rich and multifaceted contribution to PAH by enabling the PAH environment to recruit inflammatory cells that accelerate the remodeling of the pulmonary vasculature and promote autoimmune responses.” Still, they listed a few potential areas for future research: 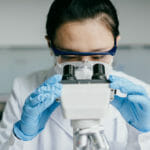 Exploring the Cause and Effect of Endothelial Dysfunction in PAH