Members of the general public generally recognize carbon monoxide (CO) as a toxic gas that can be lethal if a person is exposed to large quantities of it over a short period of time. CO poisoning is insidious because the gas itself is colorless, tasteless, and odorless, making it harder to detect.

In a study titled “Inhaled carbon monoxide: from toxin to therapy,” Hess wrote, “The toxicity of CO is due to mechanisms beyond the hypoxia resulting from [carboxyhemoglobin]. CO poisoning causes direct cellular changes involving immunological or inflammatory damage by a variety of mechanisms.”

These mechanisms include: the ability to bind to intracellular proteins, the generation of nitric oxide, lipid peroxidation by neutrophils, mitochondrial oxidative stress, apoptosis, immune-mediated injury, and delayed inflammation.

In the simplest of terms, CO competes with oxygen to bind to hemoglobin and thus reduces its capacity to carry oxygen. When this happens in sufficient quantities, the body does not receive enough oxygen and thus begins to undergo severe damage and eventual death.

CO as a Therapy for PAH

However, as implied in the title of Hess’ paper, CO can also be used as a therapy under certain circumstances. In this case, the common phrase “what doesn’t kill you makes you stronger” applies with almost comical accuracy.

CO is produced endogenously by two heme oxygenase (HO) enzymes: HO-1 and HO-2. Studies have demonstrated that the HO/CO system can be used to prevent and treat PAH and hypertension. Below are some reasons that CO can potentially play a therapeutic role in PAH:

In summary, CO can potentially be used to inhibit pulmonary vascular remodeling and treat PAH.

“Inhaled CO was associated with activation of mitochondrial biogenesis in the lungs and with augmentation of renal antioxidative mechanisms,“ Hess wrote. “This suggests that CO might have both local and systemic protective effects.”

Another medical use of CO is to monitor lung function. In PLoS One, Wardyn and colleagues studied the use of the 2017 reference values of the Global Lung Function Initiative (GLI-2017) to measure the single-breath diffusing capacity of the lung for CO (DLCO). “The single-breath diffusing capacity for CO (DLCO) is commonly measured in the pulmonary function laboratory,” according to Hess. ”This is a measure of the capacity of the lungs to exchange gas across the alveolar–capillary membrane.”

Wardyn et al conducted studies on individuals divided into 5 groups: the control group and groups of people with asthma, cystic fibrosis, interstitial lung disease, and cystic fibrosis. A total of 4180 tests were conducted.

This was one of the first studies in the world to apply DLCO measured values to the GLI-2017 in a group of patients. They discovered that, in all groups including both genders, the DLCO GLI-2017 z-scores and percentage predicted were significantly higher than the European Community for Steel and Coal (ECSC) z-scores and percentage predicted. In addition, the GLI-2017 z-scores were lower than ESCS z-scores in moderate or severe decreases in DLCO and higher in patients with no or mild reduction in DLCO.

The immediate conclusion of this study was that GLI-2017 reference values were superior to the ESCS in monitoring the severity of DLCO impairment. However, the bigger picture here is that CO is an essential component of monitoring lung function, making it highly relevant in PAH and other lung diseases.

Although people generally see CO as a toxic substance (which it is at certain doses), its implications for PAH therapeutics show promise. Endogenous CO generated by heme oxygenase activity demonstrates that some heme oxygenase activity (such as CO production) may have vital physiological functions, including playing a role in influencing vascular function, inflammation, cell proliferation, apoptosis, and various signaling pathways. 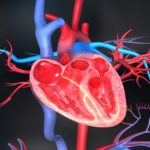